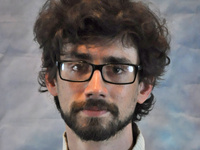 ChitChat: An Approach to Message Routing in a Smartphone-based Wireless Mesh Network

The ubiquitous adoption of portable smart devices encourages research on the feasibility of a wireless mesh network that employs these devices. Wireless communication technologies such as Bluetooth, WiFi Direct, or the up-and-coming 5G permit these devices to connect directly with one another, bypassing the need for an active Internet connection during situations when one is unavailable (e.g. natural/man-made disasters, electricity outages, wartime combat). Although, it is theoretically possible to use wireless smart devices to form a wide-ranging network, the characteristics and erratic behavior of such a network require applications depending on it be tolerant to disruption and delays – hence, such a network is considered a Delay Tolerant Network (DTN). One key challenge of the successful roll-out of DTN applications is the difficulty of achieving message delivery. In this seminar, an approach to routing messages through a DTN, named ChitChat, will be presented, along with the evaluation of its feasibility based on simulations on real-world data.

Bio: Doug McGeehan is a Ph.D. candidate in the Computer Science Department of Missouri S&T, where he studies data mining, machine learning, distributed systems, and wireless ad-hoc networks. He earned his BS in Computer Science from Missouri S&T in 2013. His research has been presented at PerCom, SRDS, and ICDCS, and he served as a GAANN Fellow from 2013-2017 and an AFRL Graduate Research Fellow in 2016.