Due to public health concerns related to COVID-19, many university-sponsored events have been canceled until further notice. Many events are held remotely via Zoom. University guidelines require any organizations wanting to hold an in-person meeting or event with more than 35 people (or more than 50 people for outdoor events) to complete this form at least two weeks before the event date. For updates regarding S&T and COVID-19, visit coronavirus.mst.edu. 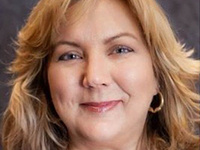 Talking “greening” our rivers on St. Patrick’s day in Rolla

Karin Jacoby, CE’85 and Academy of Civil Engineers member, will present a special ASCE Lecture on how the Blue River — a 39.8-mile-long stream near the border of Kansas and Missouri — scarcely resembles what it did 100 years ago. In an effort to re-engineer the stream and preserve some of its natural aspects, the Blue River has gone “green.” Organizations and volunteers have worked to create trails, restore native natural areas and revitalize urban neighborhoods and brownfields in the middle Blue River corridor.

Her presentation titled “Regreening the Blue: A 100-year Tale of an Urban Waterway in the Kansas City Region,” will be held at 7 p.m. Wednesday, March 17, via Zoom at https://bit.ly/3dr6TrB (password: ASCE).

Jacoby is both a water resources engineer and environmental lawyer, and a partner with the law firm of Husch Blackwell in Kansas City. She has spent most of her 35-year career in the water resources, waterways, flooding and levees area. She has been involved in the planning, designing, delivery and oversight of water resources projects alongside the Corps of Engineers and the Federal Emergency Management Agency (FEMA). Jacoby became a lawyer to overcome policy and legal challenges her community faced and has served in leadership roles involving many water resources topics.

She received the Commander’s Award for Public Service from the Army Corps of Engineers, the Kansas City Industrial Council’s Progress Award for Improving Waterways, and in 2005 the Kansas City Star named her “One of Five People to Watch.”

Joining in this presentation will be Jill Erickson, co-founder and current executive director of the Heartland Conservation Alliance. Jill has co-led the Middle Blue River Urban Waters Federal Partnership since 2013 and has served as the ambassador since 2016. She is passionate about the importance of nature in cities and thrives on bringing together diverse ideas and voices.

College of Engineering and Computing, Civil, Architectural and Environmental Engineering

Was this recorded and available to view? Thanks!